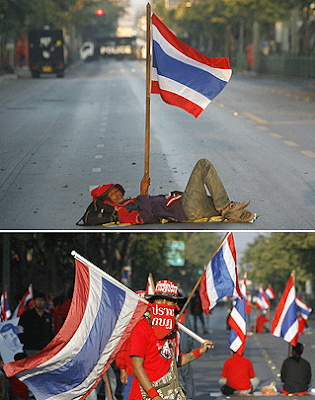 "The Barisan Nasional Government is not too popular today. Why do something that may give the opposition another issue to belabour the Government."

Another Brick in the Wall: Najib Statement On IJN Doesn't Jive

Another Brick in the Wall: Najib Statement On IJN Doesn't Jive 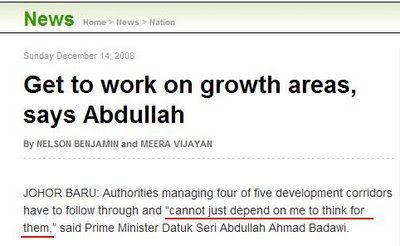 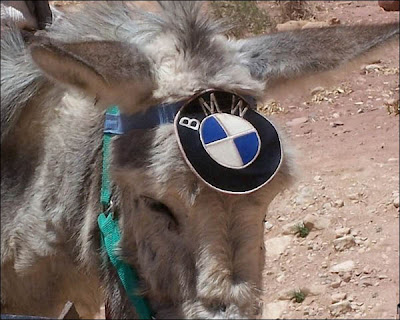 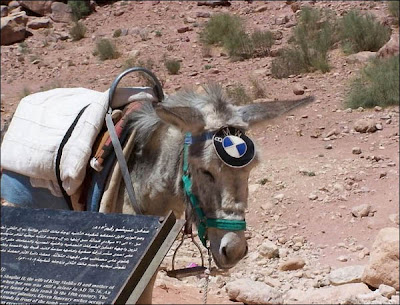 Mukhriz: Scrap vernacular schools, one system for all
By SA’ODAH ELIAS

KUALA LUMPUR: Umno Youth chief aspirant Datuk Mukhriz Mahathir has called on the Government to abolish the vernacular school system as a means to enhance unity among people of various races.

He said a single school system was the only way to check the racial polarisation that was getting out of control in the country. “The government should consider introducing only one school system with Bahasa Malaysia as the medium of instruction, except for Science and Mathematics which are already being taught in English.

“Of course, pupils should then be given the option to study their mother tongues. Under this system, the Malays will also have the option of studying other languages like Mandarin and Tamil and this will further boost unity among them,” he told reporters at Parliament House on Monday.

The Umno Youth exco member said it was time for Malaysia to do away with the dual school system, which was practised by only a handful of countries in the world, as it had contributed to the problem of disunity in the country. He said over 99% of countries in the world practised a single school system. He expressed hope that leaders of Barisan Nasional component parties would not take his suggestion in a negative light as it was only meant as a suggestion to resolve, once and for all, the problem of racial polarisation affecting the citizenry.

“If they reject this suggestion, then they should explain why they are against it. How is it possible for them on one hand to talk about unity and question Malay rights, while on the other hand still insist on having a different school system for their race?

He also urged all parties to stop harping on issues that could create tension among Barisan component parties, including on the issue of Ketuanan Melayu or Malay supremacy. Lately, he said, there were many statements made by leaders of component parties that had the potential to create anger among the Malays and Umno members.

“If they insist on making statements on that issue, then do not be surprised if the Malays start talking about the economic supremacy of the non-Malays.

“Despite all that has been said on the issue of Malay supremacy, the Malays do not feel in any way superior or the master when it comes to the country’s economy,” he said.
Posted by Zainal A. Kasim at 12/01/2008 11:14:00 PM 6 comments: 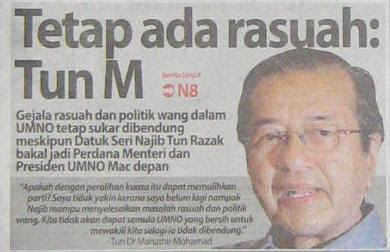 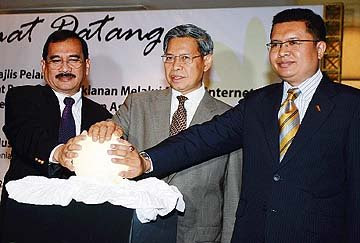 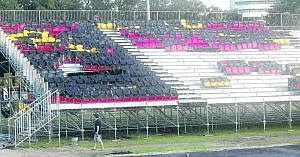 Penang's government has been embarrassed by the cancellation of a touted tennis exhibition. Eight months after the election, leaders of opposition states have come under critical media scrutiny. -- PHOTO: THE STAR/ASIA NEWS NETWORK


KUALA LUMPUR: The Penang government must have winced each time the local newspapers splashed photographs of bleachers being dismantled along its Esplanade last week.

The stands were being taken down after a much-trumpeted tennis exhibition that was to have featured big names like Pete Sampras flopped as the organisers could not raise the funds.
The state government was embarrassed as it had promised to forgo the RM200,000 (S$84,600) rental fee if the event was successful, and had waived a RM2 million damage deposit.
But Penang Chief Minister Lim Guan Eng was defensive. 'We were neither the organiser nor co-organiser of the event. So why blame the state government?' he said on Sunday.
His critics say that the government could have collected the RM200,000 fee earlier. Mr Lim, who used to be a harsh critic of the former government, has suddenly found himself in the unfamiliar position of having to defend official decisions.

He is not alone in his predicament. Leaders of the four states won by the opposition Pakatan Rakyat in the March general election have also taken flak in the media recently. The sudden spate of bad news sits in stark contrast with the more forgiving reports of the early months following the election. And while some of the 'controversies' are petty, others highlight the real problems facing Pakatan.

The problems appear to be twofold - issues of governance due to inexperience, and issues of negotiations within the Pakatan coalition.

Penang's tennis exhibition fiasco is clearly one of a misstep in governance, exacerbated by poor damage control when the government attempted to shift blame to the local council.
There will be more such fiascos but these are less serious than the fundamental problem of Pakatan cohesion. It is evident that eight months after the election, it has yet to work out a cooperation mechanism, especially for resolving sticky issues arising from its promised multiracial platform.

This has left the three component parties - each with its own communal interests - squabbling openly over new policies of the Kedah and Selangor governments in recent weeks. Selangor Chief Minister Khalid Ibrahim, from Parti Keadilan Rakyat (PKR), was criticised by his Parti Islam SeMalaysia (PAS) colleagues for promoting a Chinese woman to head the state economic development board.

Kedah Menteri Besar Azizan Abdul Razak, of PAS, drew anger from his Democratic Action Party (DAP) and PKR partners after his government reserved 50 per cent of new houses in the state for Malays.

These squabbles go to the heart of Pakatan's promise of racial justice, and are of greater public concern. Open quarrelling does not inspire confidence, especially when it takes on a belligerent tone.

Mr Azizan has chided his opposition colleagues and even his party's supporters club president Hu Pang Chaw for giving their views on the Malay housing quota. 'I know who he (Mr Hu) is...If he is really concerned about the policy and is a true PAS supporter, he should voice his opinion or suggestion properly,' Mr Azizan said yesterday.
He clarified that the ruling applied only to new developments on Malay reserve land converted to freehold status.

It is clear from these episodes that Pakatan has a rough road ahead. Mr Ong believes the onus is on opposition leader Anwar Ibrahim to build a more concrete coalition, but notes that the former deputy premier has shown little interest in this.

He points out that Datuk Seri Anwar has not set up a shadow Cabinet for the same reason that it would quickly reveal the rifts within Pakatan.

An opposition MP told The Straits Times that he, too, felt there should be more focus on building up the coalition's cohesion. 'I think there's a loss of focus after the first few months,' he said.
Mr Anwar has expended much energy on wooing lawmakers from the ruling Barisan Nasional coalition to defect, in a bid to topple the federal government. He had earlier claimed to have the support of enough defectors, but, after missing several self-declared deadlines, he has dropped the issue.

Some observers point out that the Perak government helmed by PAS' Nizar Jamaluddin is the only one to have escaped serious controversies, apart from the petty issue of his demand that a photographer delete pictures of him being served a lawsuit.

Credit, analysts say, must be given to Mr Nizar, who seems to have managed coalition politics effectively with the DAP, which holds the majority of the seats in the state.
carolynh@sph.com.sg 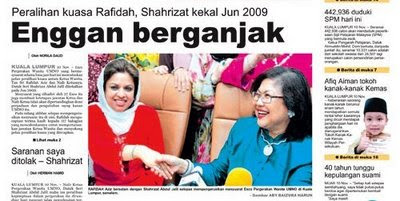 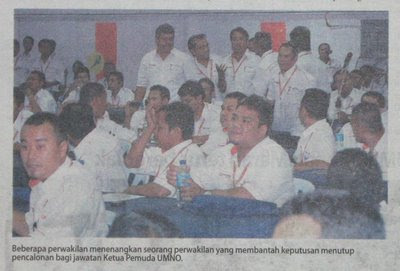 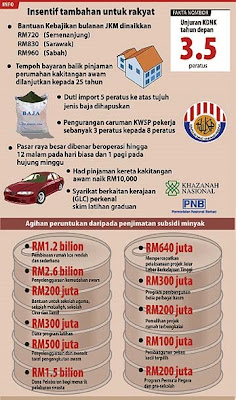 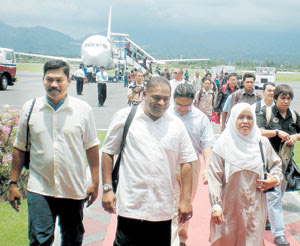 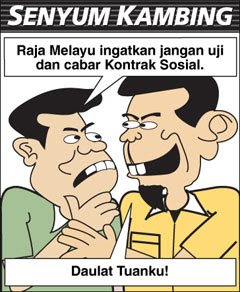 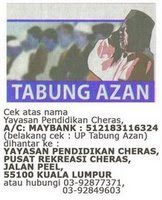 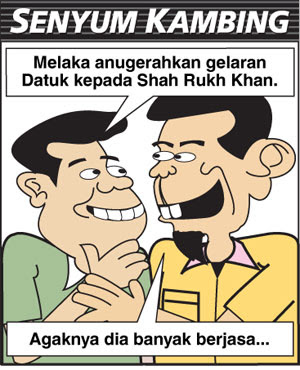 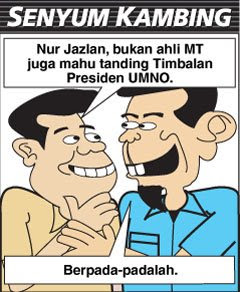 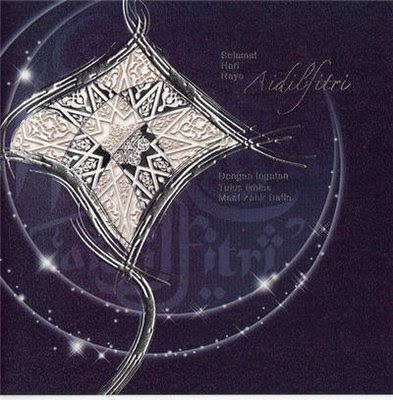 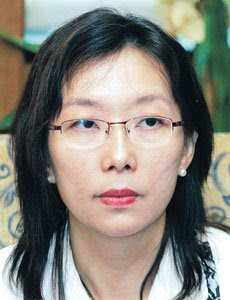 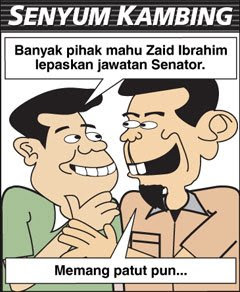 Zainal A. Kasim
....be AMAZINGLY The Best By Breaking Your Personal Best! 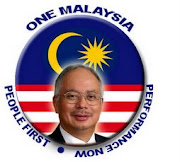